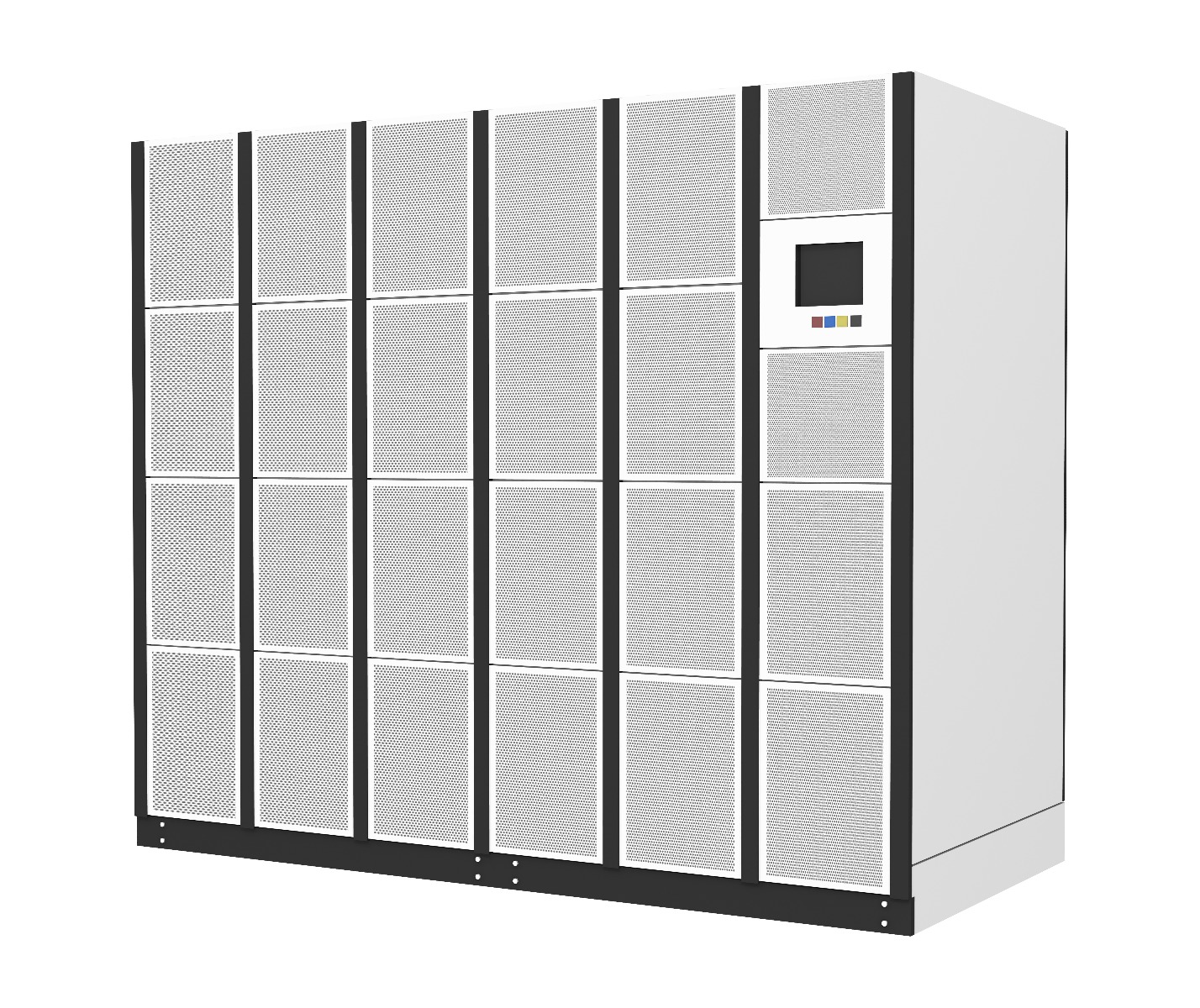 Uninterruptible Power Supplies have been designed to harness maximum power capacity with redundancy in a finite space. This is accomplished by increasing the number of UPS systems in any configuration that supports a load while reducing the number of points of failure risk to, ideally, zero. However, a configuration like this is not always achievable or necessary and you must also consider the customers’ infrastructure, risk tolerance and budget.

Redundancy can also leave your businesses space to expand without further strain to existing electrical infrastructure. There are 5 primary principle redundancy configurations that are covered under the title of ‘N’.

‘N’ simply defines the redundancy of a system. It identifies what the minimum requirement to support the load is. Often called as ‘power parallel’, this backup power system comprises of either a single standalone UPS module or a paralleled set of modules with a capacity to the load. Both a single small single-phase UPS system in a home office or two larger UPS units in parallel supporting a load is an ‘N’ configuration. Installing an ‘N’ configuration optimises the budget allocated to the backup power system. However, running an Uninterruptible Power Supply at 100% load does not allow for any fluctuations in mains power. This could be a sudden inrush surge when multiple devices are started at the same time. ‘N’ also doesn’t allow for future business expansion.

A UPS designed as an isolated redundant is sometimes referred to as an N+1 system. Isolated Redundant (N+1): When placed in a parallel configuration (N+1) both units must be capable of supporting the full load for the full required autonomy in order to have a truly redundant system. The load is supported by a single UPS (UPS 1), the second UPS (UPS 2) would support the load in the event of UPS 1 failing. N can be used to either represent the load or the initial UPS value with the following number being the number of redundant UPS Systems connected in parallel with the first.

In this instance, the parallel bypass switch is rated for the capacity of 1 UPS system but provides enough UPS Input/UPS Output feeds for the total number of UPS connected in parallel. All UPS have a limitation as to how many systems can be connected.

A Parallel Redundant can also be referred to as an N+1, but is very different from an Isolated Redundant. As it is not advised to consistently run a UPS at over 50% load capacity, a parallel redundant, or ‘N+1’, configuration consists of one UPS (‘N’) sharing the critical load evenly with another UPS system (‘+1’). Both UPS systems are either part of a common output bus meaning they are synchronised with one another or they have a function embedded within the module itself. The number of UPS systems that can be paralleled into a common bus is often left to the discretion of the UPS manufacturer. It is important to note, however, that the UPS systems used in a parallel redundant configuration must be the same model and capacity, and from the same manufacturer.

Arguably, when a supplier talks about N+1 they are more likely to be referring to the more widely used, parallel configuration. Whether it be two UPS systems in parallel or ten, the increased fault clearing capabilities of a parallel redundant configuration ensures that short circuits are cleared twice as efficiently without having to transfer the load to the bypass, avoiding unnecessary switching or tripping of supply switchgear.

Distributed Redundant System (2N): As the load requirement (N) increases, so does the quantity of UPS systems. This configuration is often used for large, complex data centre installations. These systems can be designed in such a way that every conceivable single point of failure is eradicated, however, this comes at a higher price. The more single points of failure eliminated, the higher the cost of implementation.

System + System 2(N+1): With increased reliability comes increased cost, a system + system configuration is the most reliable and the most expensive design in the industry. Depending on the requirements of the end-user, the system can be very simple or incredibly complex. The fundamental concept behind the reliability of this configuration is that every piece of electrical equipment can fail without the need to transfer to utility power.

There are many variables affecting the availability or uptime of a system, for example; human error, reliability of components, maintenance schedules and recovery time. The impact that each of these variables has on the overall availability is determined by the configuration chosen. When choosing which design configuration is best suited to the successful operation of a facilities equipment, the advantages and limitations, as well as the suitability of size and scale should be considered. By thoroughly understanding the facilities budget, load requirement and capacity requirement, an informed decision can be made.

If you have any questions please contact us or call us on the number above.