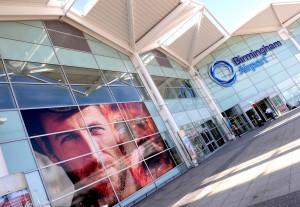 Even the best-made contingency plans can be prone to failure. On 23 December 2013, Gatwick Airport experienced unprecedented rainfall. More rain fell on that one day (68mm) than had done for the whole of the month, far exceeding Met Office forecasts. The airport's flood risk assessment failed to foresee such problems, which led to what was described by its Chief Executive Stewart Wingate as, "the worst flooding in the airport's living memory." The winter of 2013-14 is reported as the wettest in modern times in southern England. River and water tables were already high due to heavy rainfall throughout December. Consequently, during the early hours of Christmas Eve, three airfield sub-stations flooded as the nearby River Mole burst its banks. Water later poured through power cable conduits into electrical switch rooms in the North Terminal, knocking out vital electrical equipment. This caused chaotic scenes in the airport's passenger terminals as departure boards and check-in desks failed. Almost a third of all flights scheduled to depart on Christmas Eve were cancelled, affecting over 11,000 passengers. Following a cross-party parliamentary enquiry by a select Transport Committee, a report recommended that the Civil Aviation Authority (CAA) oversees operational resilience issues at both Heathrow and Gatwick airports, and ensures that contingency plans are well developed, shared and tested with all other relevant parties. Airports across the UK have been urgently reviewing their contingency and business continuity plans following the Gatwick flood. UPS Systems has been working with a number of UK airports, including Birmingham, Stansted and Luton, to help ensure that, in the event of a major power outage on the electricity grid, operations continue with the help of back up power systems or uninterruptible power supplies (UPS). Busy BHX Located just a few miles south-east of the city centre, Birmingham Airport is currently the UK's seventh busiest airport, handling over 9 million passengers in 2013. With this many passengers to look after, Birmingham Airport takes its responsibility for business continuity very seriously and has recently taken additional security 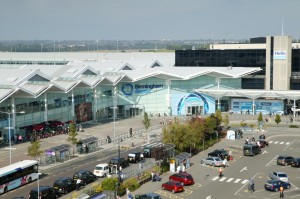 measures to ensure operational services remain secure and online at all times.  More than 750,000 passengers used the Midlands terminal in April 2014, making it a record month in the airport's history. Birmingham Airport, or BHX to give it its international location identifier, offers a base for airlines such as Flybe, Monarch, Ryanair and Thomas Cook Airlines. With over £300 million invested in the Airport over the past 10 years, Birmingham now boasts world class facilities and state-of-the-art infrastructure, including a newly extended runway, which means aircraft can fly further, bringing new long-haul destinations within direct range for the first time. For the past eight years, UPS Systems has been working with Birmingham Airport, providing comprehensive service contracts and supplying it with over 40 standby power systems for critical IT, check-in desks and customer facing communication systems. Mohammed Benyahia is an electrical engineer with Engineering Services, Birmingham Airport. His role is to specify UPS (Uninterruptible Power Supplies) units to provide back-up power for the airport's various IT systems. "We operate a busy 24/7 airport so downtime simply isn't an option. BHX is dependent on the reliability of its IT systems so we take great care when it comes to specifying a UPS system. Power interruptions could have a negative impact on the business and on the airport's reputation. UPS Systems supplied and installed six units of various capacities with ratings from 10 kVA to 60 kVA. The standby power units are used as primary supply to critical equipment to prevent shutdown should we experience a mains failure to the site. We rely on these units to supply back up power to check-in desks, security equipment, CCTV and flight information display systems (FIDS). We've been working with UPS Systems for several years simply because of its reliability, technical expertise and the quality of the consultancy it offers," he said. 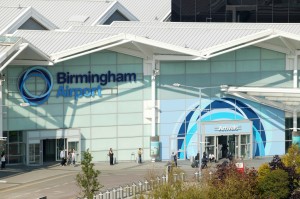 Ensuring a reliable and a regularly maintained UPS system, that is fully BS 7671 compliant, should be just one element of a comprehensive and carefully thought out contingency plan. Recent extreme weather conditions and the impact of flooding demonstrated just how vulnerable facilities can be. The location of switch rooms, switchgear and power protection equipment should also be factored in as resilience issues when reviewing business continuity plans. UPS Systems plc offers advice to contingency planning committees and can provide critical circuit design for high-availability systems. For more information, visit www.upssystems.co.uk

We can help you with your Airport Backup Power, contact us now. UPS Systems plc supply a wide range of UPS (Uninterruptible Power Supplies) and Diesel Generators including Riello UPS, Eaton UPS and AKSA Generator.